knowledge
Position: Home > Knowledge
How to choose 8mm 11mm high temperature GC Septa?
Share us:
Although GC has been used in experiments for many years, the problem of silicone Septa seals precipitating impurities after heating has not been completely solved. From the current data, GC septa has become the biggest troublemaker in the gas chromatography system. As the demand for trace analysis increases, and the number of laboratory problems caused by GC septa, choosing high-quality GC Septa becomes even more important. 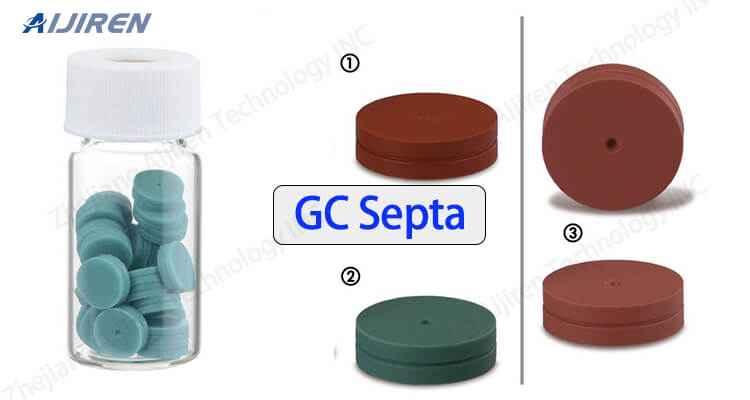 GC Septa is made from pure dimethyl siloxane, which has severe crosslinking properties. Sometimes a stabilizer is added to complete the production. There are different types of GC septas commonly found on the market, and these GC septas have common characteristics: easy puncture, minimal contamination, and long service life. These GC septa have a common problem, that at higher temperatures, impurities are precipitated from the diaphragm. Because GC septa is always in a high temperature state (since it is located on top of the thermally split/non-splitting injection system), the degradation will be very significant. Sometimes, when the diaphragm is changed, the oil can be seen coating its interior. 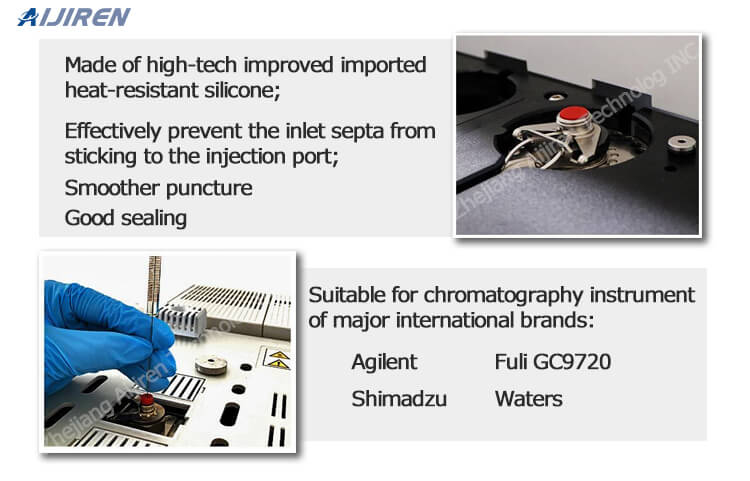 Solve the problem of GC Septa

Instrument manufacturers are also aware of the problem with GC septa precipitates and have developed Septum flush. By reducing the carrier air flow of the GC septa, usually 4-6 mL/min, most of the diaphragm precipitate will be flushed out (most, but not all). When performing trace analysis, the exudate product still produces ghost peaks, which can interfere with the results of the experiment. Especially when using GC septum without centre holes, ghost peaks will appear as impurities. 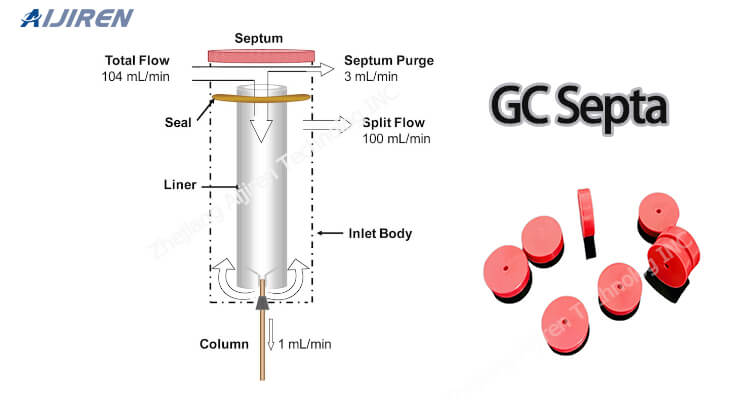 In addition to the precipitation produced by GC septa, particles that sometimes fall off the septa pose a bigger problem. When a portion of the GC septa is released (for example, when using an aged septa or a needle with sharp edges), the GC septa particles will be carried into the sample. These particles are located in an area with a temperature of 250-300 ° C, so these particles will begin to degrade and form precipitates, which will be detected as ghost peaks after being introduced into the column. Ghost peaks will continue to appear until the GC septa particles are removed or completely decomposed.

Notes when you use GC septa

◉ Avoid the septum and use valve injection. A valve and sample loop can be mounted before the splitter, and the coupling with the septum cap or through it can be made of clean materials.
◉ Reducing the risk of septum particles falling off by using a tapered needle, the tapered needle easily penetrates the diaphragm. At the same time, a septum with an intermediate hole is used to make the needle more accessible while maintaining the sealing characteristics.
◉ Clean the insert/liner and replace the insert in a timely fashion. Glass wool or the whole insert can be replaced; inserts can be cleaned in an ultrasonic bath or thrown away.
◉ Replace the diaphragm on time; Don't wait until it starts leaking. The leaky gas barrier is not only a source of diaphragm particles, but also causes system failure.
Aijiren can supply GC septa more than 4 types; which can compatible with Shimadzu Aglient instrument. Aijiren GC septa can replace Shimadzu Aglient Septa.
Previous:
What is a Chromatography Vials?
Next:
Back To List